This year the GHI Leaders Academy unfolded in Turkey, over February 5-6. A report from the Editor.

Istanbul provided the venue in February and the bonus came on the second day, when delegates were able to tour the new airport and inspect the extensive facilities which were newly built for ground handler Celebi. This latter celebrates over 60 years in the handling sector and today has a presence at over 30 stations, with a workforce exceeding 3,500. Delegates were impressed by the way the workforce is treated and trained; and were equally interested by the company’s extensive warehousing, GSE repair facilities and well-equipped offices. The company continues to grow in stature and sets a good example of corporate care and duty in an age when handler loyalty is fickle, and retaining staff a headache – something that was picked up on during the event proper. The conference
Audience participation and interaction was high on the agenda. In all, ten sessions were fitted into the first day, with speakers from all walks of life and topics equally varied. Perhaps not surprisingly, the main debate to start the first day focused on staff skills. GHI recently conducted a survey on this very subject, Conference Director Max Gosney informed the audience, and the results were less than encouraging, with around 79% of respondents admitting that the skills shortage problem has grown over the last three years. Moreover, of those polled, 77% said that they felt the lack of training had contributed to near misses at stations. In terms of staff deficits, the ramp and check-in were the areas hardest to fill – and the lack of workforce skills was affecting flights but, more importantly, customers, with 62% asserting this finding. Topics discussed included the reasons why staff move on (the survey found that for 38% it was pay, although 48% felt that some sort of diploma would help consolidate the workforce); and whether cross-training was a viable option: in this instance, 47% felt that it had potential. Utilising the frequent spells of ramp worker downtime in a more productive manner was also touched on. It was also interesting to hear that in terms of worker traits, 50% of respondents cited reliability as a desirable attribute, whilst 46% looked for an enthusiastic attitude. The downside continued to be the reality of the accreditation process for new staff (anything up to six weeks); the difficulty in making the job attractive to newcomers; and the encouragement of empowerment.

A concluding point was that of the rise of automation: this was going to affect the workforce and it was felt important to be prepared for this. 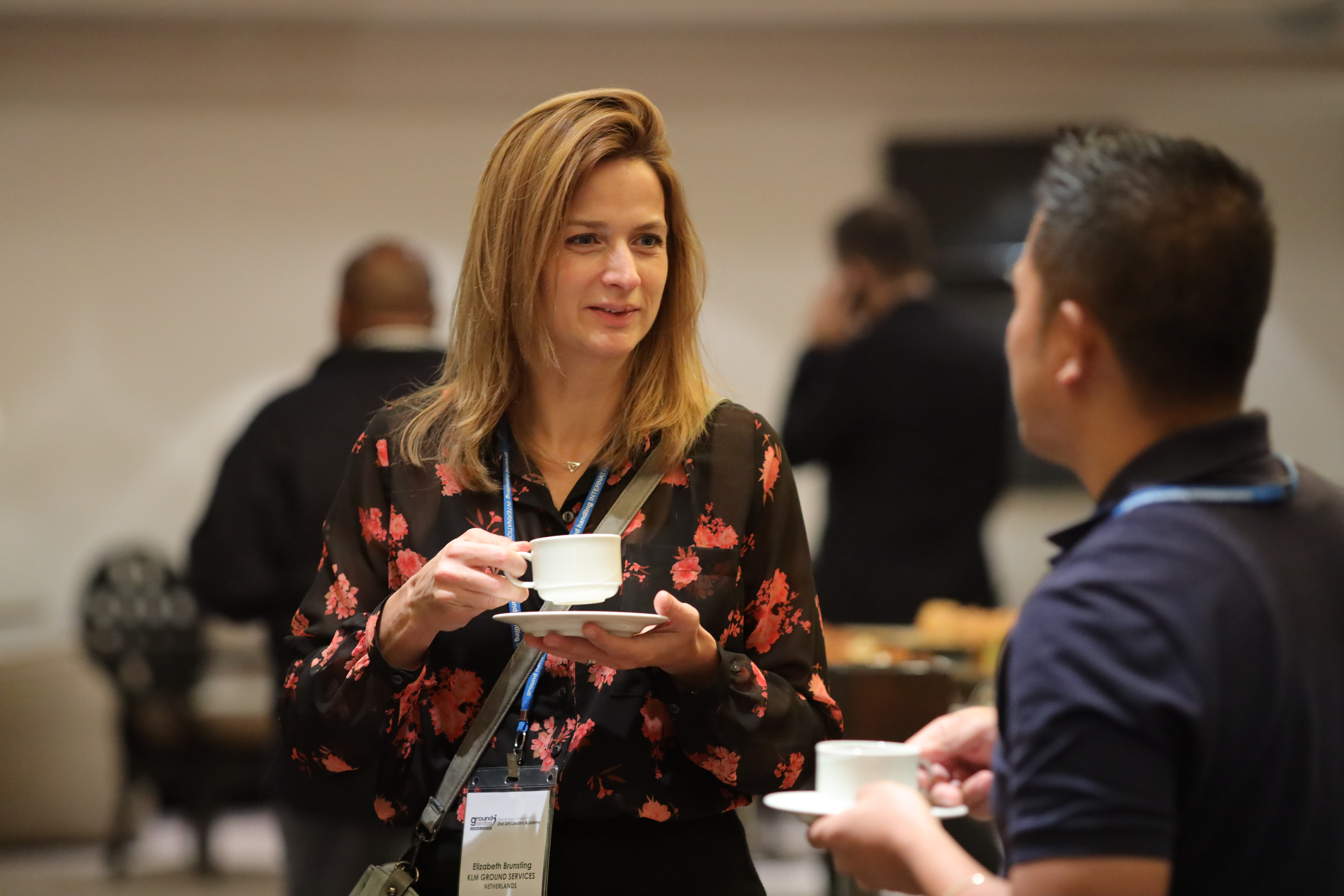 But what about recruiting staff without skills? Rita Rodrigues of Global Load Control explained why her company had launched Lang Vantage, a language teaching course (in this case German) which benefited its staff who had exposure to German-speaking customers. The idea has borne fruit and right from the start it proved successful; of those passing the course, some 27% have since been promoted. The permanency of employment after the course was seen as a big incentive, she related.

Building high performance teams was the thread of the dnata presentation by Steve Allen. Top of the “wants list” for the skilled worker was that of interesting and varied work, whilst the low-skilled worker was more interested in the level of remuneration. Allen enumerated the Three C approach, with Contentment, Commitment and Consequences as being a useful triptych for building that special team. Incentivisation should not be left out of the picture either, he felt. His suggestion of micro monitoring being preferable to micro managing, showed the speaker’s train of thought here. Dnata as an employer, stated Allen, encourages staff to move between different functions, and this was seen as a positive factor in team building. Above all, though, was the requirement for recognition: staff needed to be valued.

Getting on top of OTP
ICF Aviation’s Andy Dobson posed a conundrum: were those present guilty of measuring OTP incorrectly? His research had brought to light myriad ways in which OTP was recorded and it had become abundantly clear that there was no single common description around station networks. IATA was predicting strong airline capacity growth ahead – so wasn’t it vital that OTP was made uniform for the sector? That way, at least, like could be compared with like.

Admitting that technology had advanced in recent years, he was also cognisant of the importance of sustainability, yet the ramp seemed to lag in this respect. Rather worryingly, a recent survey had highlighted that in 48% of responses, it was not being measured consistently across networks.

On a completely different tack, Stephen Tarbuck of Viva Aerobus illustrated how a small but forward-thinking carrier could rewrite the history books with a little help from process management. Deprecating the paper-based sector, Tarbuck related how the carrier had moved to self-handling and had embraced new technology. The results (reduced costs, better efficiency and improved customer satisfaction) spoke for themselves. The age of paper, he averred, was past; indeed, autonomous operations were now on the company radar. In many respects, becoming qualified for ramp work was a straightforward process yet the potential risk of aircraft ground damage remained huge, as indeed did hull loss. Some sort of industry-wide certification was thought desirable, he believed, as was a national fund, to which airports, carriers and handlers might contribute. This would allow the formation of suitable accreditation, linking scholarships and education. The idea of an “industry passport” was also mentioned; the only problem with such a document was that once the various stamps had been collected, the owner might then take his skill set elsewhere.

Just Culture as a concept has been around for quite a few years but only relatively recently has it been taken up by the handling community. The journey from punitive culture though no blame culture to Just Culture has been a long one but, reckoned Air Dispatch’s Nick Yeadon, it has been a worthwhile voyage. Stressing the importance of analysing every incident, not just so that it would not be repeated, was vital in his book - and he took the audience through several case studies, using a tried, flowchart formula that differentiated between mistake and error.

This presentation was followed up by Mark Hemming of MH4.0 Training and Consulting, who passed on to delegates wsome terrifying statistics, including a Gallup Poll that had found that in any work environment, just 15% of employees were engaged; more than that, 67% were pronounced to be non-engaged. It had been estimated that the disengaged quota was costing the industry a staggering US$7trn a year. Many factors were to blame, he pointed out, but paramount amongst them was the absence of an employee-engaged infrastructure. It was that simple…

A couple of interactive workshops rounded off the day, with the audience becoming involved in the niceties of communication during the turnaround from Desiree Perez and Patricia Batista; whilst Dr Sarah Flaherty opened eyes to the science of achieving collaboration with an airline customer. She stressed the element of trust in the relationship as much as the Four Rs (Risk, Responsibility, Resources and Rewards) and went on to cite Luton airport as an example of what can be achieved between stakeholders when they decide to collaborate.

Overall, it was a busy day for delegates, who were finally able to relax in the evening at a local Turkish restaurant.